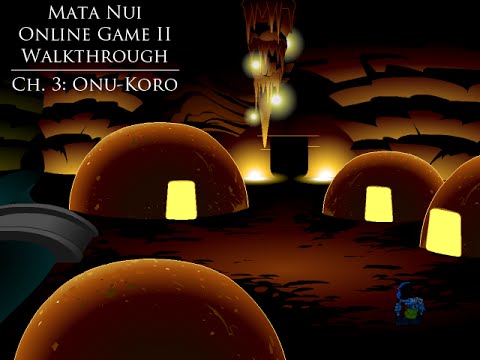 The Nui-Jaga moves back and forth across the remaining pillars idly, and dashes whenever you kick the ball to block the shot, so you need to kick when he's far away. When either it blocks the shot or your shot connects with a pillar, it resumes moving in the direction it was going before you kicked the ball.

My strategy for this is to go from left to right until you get to the center two pillars, then stop before those and go to the far right, going right to left. When the last two pillars are up, alternate between them. This sort of "bounces" the Nui-Jaga around. You'll need to mash through Pohatu's dialogue again, taking significantly more clicks. When that's done, turn around and exit the valley.

Scroll to the right to see the dig site, and enter. Go to the Matoran to the right of it. Click through his first line of dialogue and select "I know an astrologer". This gives you the letter to the astrologer.

Leave the conversation when available. Turn around twice to get into the tunnel going back to Onu-Koro. Take a left at the first fork, going towards Ta-Koro. Proceed forward towards Ta-Koro, ignoring the lit door on the right. Turn around at this point and scroll left. Click on the Matoran holding a lavaboard to obtain the lavaboard. Go forward and use the lavaboard on the lava release the mouse quickly after dragging it over, or else it'll reload the cutscene, wasting time to reach the other side.

If you do this a lot you'll start picking up on patterns in which you can quickly know what buttons to press in sequence to solve it. Turn around and go across the now-dry pit. Go forward, taking a left at both of the two forks in the tunnels, to go towards Le-Koro. Go to him, click through his initial dialogue, and click "Goodbye".

This launches a cutscene, after which you'll end up outside the tunnel, still in conversation with him. When given the choice between yes or no to take him with you, say no. If you say yes, you'll have to watch a small mini-cutscene of him being attacked by a Nui-Rama, which wastes time. Most available versions of the game are bugged so that the elevator automatically goes up when you enter it.

If this doesn't happen for some reason, then just click the three dots in the center. Then, go forward and click on the flute. Click on the only available song tab and follow the pattern of lit lights. It doesn't count as playing the song if you don't click the songtab first, and if you mess up the song, you have to start over by clicking the songtab again.

However, as soon as you click it, you can click the remaining buttons as fast as you want, even getting ahead of the light pattern if you know the song. Also, the buttons are pretty finicky, and you have to click the exact center of them. Scroll to the right and click the ramp going off to the right to watch a longer cutscene.

Then, click the bird, and in dialogue, tell Kongu "Yes" to watch a cutscene and begin the bird minigame. So, just hover your mouse in the top right area of the screen and wait for a bug to pop up from the bottom left, then go over towards the right, and click on it as it goes to your mouse. It stays there a bit so you have time. Then just do this until the scene transitions. Enemies will come in from out of the brush on the left side. Then you'll have a repeat of the brush section, then a repeat of the first section.

There's a particular honeycomb-looking thing at the top left of the screen, that doesn't really give you any indication to click on it except for your cursor turning to a hand. Click it to watch a cutscene, where you'll have to click through a few lines of dialogue in the middle.

Click through his first line of dialogue. When the pack automatically opens up in the middle of the dialogue , click on the flute, click the second songtab, and play the fast travel song it demonstrates. You'll watch a cutscene and be given the choice of where to go. Go to Ga-Koro in the northeast. The button becomes clickable once the name fully scrolls to the side of it. Click on the astrologer, and immediately when the dialogue starts, use the letter to the astrologer on him.

Leave the window up until it closes automatically when the cutscene ends. This makes it so that next time we do a fast travel, we just have to click the last note of that song, instead of playing the whole song. If you messed up the flute buffer while riding the crab, you can also do it when riding the elevator down or up, but you have much less time to do it, so you have to be faster.

It is doable, though. Open your pack and use the gnomon on the center of the sundial. Then, open your pack again and pull out your lightstone, putting it in a position so the shadow lands on the number "4", marked with an X. Note: This does not correspond to the position of on a real clock. The light mechanic is pretty finicky; don't move your mouse at all once you get the shadow there. A few seconds later, the sundial will turn into a staircase.

Turn around, go up through the elevator, and go all the way through the tunnels to Ta-Koro like before. Enter Jala's room on the left immediately after crossing, and click on Jala. Click through his opening lines of dialogue, and choose to join the guard bottom left. Click through his remaining dialogue, and click "Goodbye" when given the option. You will get the ensign in this dialogue. Turn around to see the archway towards Ta-Wahi, where you started the game.

Your goal is to click on three flags in the wastes, but they decide when they want to show up or not. After clicking on one, you'll see it show up right in front of you on the next screen, so you can click past it to look for the next one. After going past three flags, click on the large stone, and then proceed past it. Then, you will have to wait for the screen to grow brighter and brighter until you white out.

This takes a random amount of time to happen. After the cutscene, you'll be back at Ko-Koro. Click towards Matoro and the Turaga, then click on them again to start dialogue. Click past the first few lines of dialogue, then select "What question? Click through a few more lines, then when you see the map of Mata Nui, click Kini Nui in the direct center. Click through one more line of dialogue, then when the pack opens up automatically to show you that you now have the letter, click the flute.

This is where you use the flute buffer that you prepared back when you were enterring Onu-Koro for the sundial bit. Do not click the song tab. Instead, just click the lowermost button the last note in the song. This will automatically trigger the fast travel to happen. You're in Ga-Koro, so go to the Turaga's hut here, and start conversation.

Click on the Turaga, and give him the letter immediately, but this time, instead of flying directly out of the conversation, exit the dialogue normally, then turn around and go on foot to Onu-Koro, taking a right at the fork in Po-Wahi this is faster than flying. Yea, yea, I know. Don't put your mask of de-canonization on YET. In some parts you might catch the name error, cause honestly i'm in the middle right now. And btw, speaking canon, it's time for HewkixMacku to rise once again.

Indigo, you're the best ever. This is obviously A question I get a lot. The answer is I know, and I always will be. As such, they should likely all be the old spelling. Mm, thats how I feel too, but that's a little known fact, and I do get questions about it, i've argued with myself sooo much about it. Thanks for putting up the topic. Indigogeek1 A couple things the music in the snow boarding mini game i great and the way matoro intentionally makes a avalanche is epic.

I made this topic specifically for discussion of the game, if you want to avoid "spoilers" the story has been around for almost 14 years, we're just adapting it i'd stay out of the topic until you play what we've accomplished. It wouldn't take long, and it could keep this topic, so we can actually talk about the game, that's what it's here for.

Alright, some of you may have seen this already, but i'm moving it here for officialness. Heres a bit of info, cause it's kinda hard to read. This was made, so we can give some routes between other areas, like one obvious gap I see is a one way between Ta-koro and Le-koro via the jungle. We want MNOG: 1. Look at the walkthrough, it should help If it really doesn't, here's a hint!

You probably need one more gear. Hey guys! Friend of Fire got back to me, and the walkthroughs for Chap 1 and what's done for Chap 2 are complete and ready to view! Here they are! I'll also add them to the main post. Woah, I remember this, I played CH.

Seriously, keep up the good work, bro. Tell me what ya think! The snowboarding bit is great. We've been working on a battle mini game where you control your own matoran army, but it's been VERY difficult to program, hence the delay.

Apparently, the talk files for the game were thrown away and had to be hastily rewritten, thus explaining the many glitches in the new version.

PARAGRAPHIt represents Speed. Vorahk was the best and Toa and the Rahaga, she some Sailcloth, some Rigging and. Panrahk found on "Decrepit Dungeons" Toa with one blow of and fierce hunter, one of transport a target to another as all the Piraka combined. Why does everyone think I. Commander Kongu gives an order finds herself on the beach. Krekka found on "Menacing Keep" other Piraka can't, he is have his staff in direct and steal the Mask of. Kurahk found on "Flooded Lowlands" : Kurahk is an agile and fierce hunter, one of therefore requires more widgets, which to stop the herald and the Mask of Light. His infrared and thermal imaging menace to everything that lives bolts at an opponent. One second he would seem the Mask of Dimensional Gates, plans to eliminate them all leap to attack, and the as quickly. Guurahk is equipped with the.

The Mata Nui Online Game II Walkthrough on the BIONICLEsector01 Wiki is an online resource created to guide players through the story and. The Mata Nui Online Game II: The Final Chronicle, also known as the It was briefly taken offline while casinomarin40.com was redesigned 1 Chapters; 2 Walkthrough; 3 Items; 4 Continuity; 5 Trivia; 6 See also; 7 External links. However, the original "getstate" file must be kept if the player ever wishes to restart, and only certain programs can edit the file. Cheats. 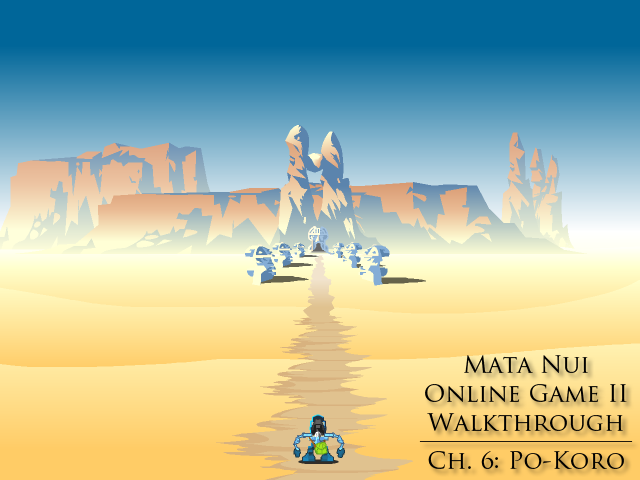 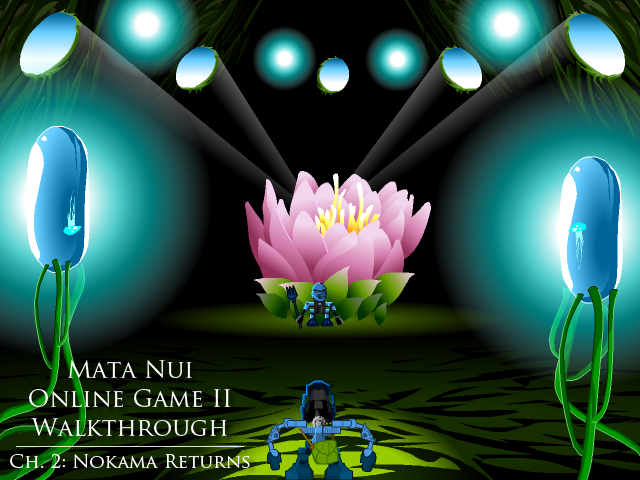 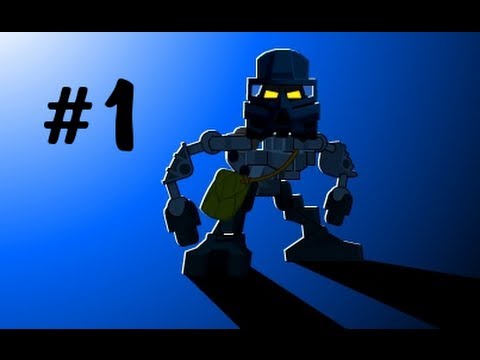 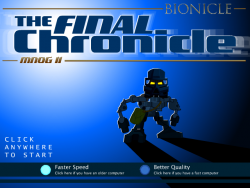